If you are watching Stephen Curry on TV, for sure you are well hooked on how bad-ass he is on the court. How much more would it be if you’ll watch him play live!

That’s how JBL welcomed music lovers who #DareToListen this 2018, as the brand sends six winners of the JBL Live with Stephen Curry promo to Oakland, California for them to watch Stephen Curry play live at the Oracle Arena last February 10, 2018. 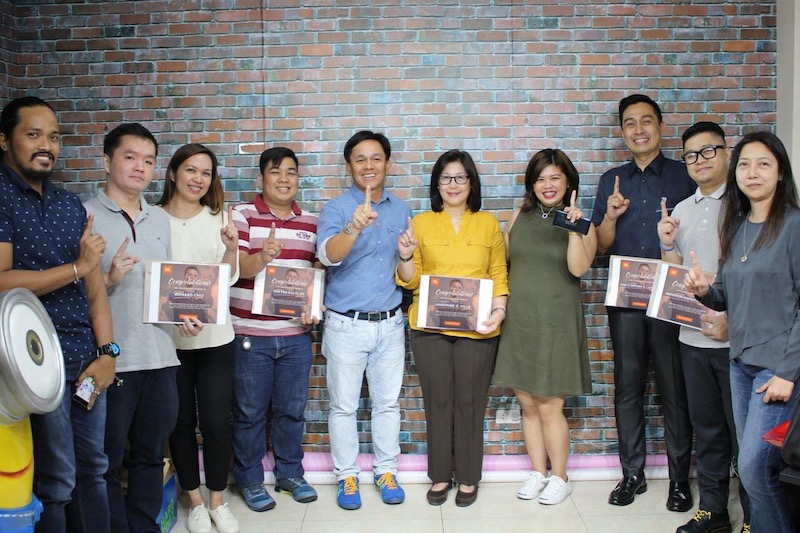 Lucky winners were selected by JBL and DTI representatives during its much-awaited raffle draw for the JBL Live with Stephen Curry, which ran from November 13, 2017 to January 7, 2018, and announced through the audio brand’s social media accounts. Each of the winner were given a roundtrip ticket to the United States, along with land arrangements, a San Francisco city tour, 3N4D accommodations, and premium tickets to the Warrior’s home game against one of its rivals.

The JBL Live with Stephen Curry promo is one of the many activities and promotions that the brand rolls out to reward its loyal customers – as well as promote the role of music and sound in everyone’s lifestyle, as evident in JBL’s wide selection of products.

“JBL has always made it a point to offer products that meet the demands of our consumers. From our sound bars to our revolutionary water-proof portable speakers, we always keep the ever-evolving lifestyles of our consumers in mind. So, our patron can always expect something new from us,” said Lauro Secreto, JBL Harman Philippines Country Manager.

The brand’s involvement in sports is also evident in its wide selection of active-lifestyle driven products that are wireless and sweat-proof, as well as in its active involvement with world-class athletes that live out the #DareToListen lifestyle.

“We are always involved in sports and have tapped top athletes to promote the brand and its products – one of which is Stephen Curry, one of this generation’s greatest shooters,” added Mr. Secreto.

Two of the promo winners were selected from JBL Concept Stores, while its four other winners were picked from JBL’s Authorized Dealers. The winners were awarded through a simple awarding ceremony and send-off gathering, with JBL Harman Philippines representative present.