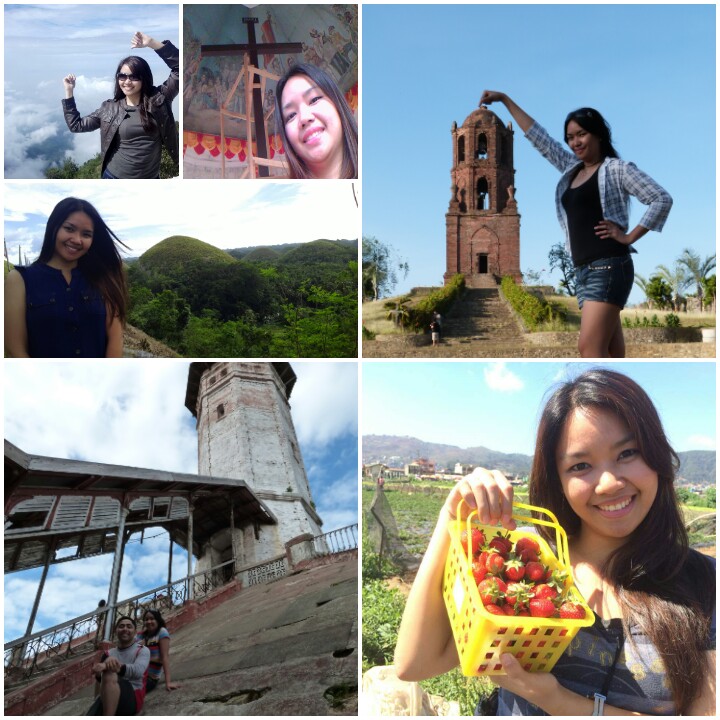 Travelling is fun. It makes you discover and learn the rich culture and heritage of different places, people and many more. I’ve been to Palawan, Bohol, Cebu, Ilocos, Baguio and many more and these places did not fail to amaze me. Seeing these places made me want to travel more and see more beautiful places in the Philippines.

With the country’s intensive tourism campaign “It’s More Fun In The Philippines”, more tourist are drawn to visit our country. Specially now that summer is fast approaching, us locals and foreign nationals are starting to create vacation plans and iteneraries to maximize and enjoy the time of vacation.

One of the things to consider when travelling is what mode of transportaion are you  going to avail or use to travel from one place to another. It can be by bus/jeep/tricycle etc. for land travel, ship for sea travel, and airplane for air travel.

For me, I prefer to ride an airplane, as much as possible for far destinations because riding one is quick and non-tiring.

My travel adventure starts the moment I arrive at the airport. I remember when my family and I went to Bohol for a vacation, we have to ride a taxi cab from one terminal to another which was really so much of a hassle. But we have no choice since there’s no shuttle service provided by NAIA(Ninoy Aquino International Airport). 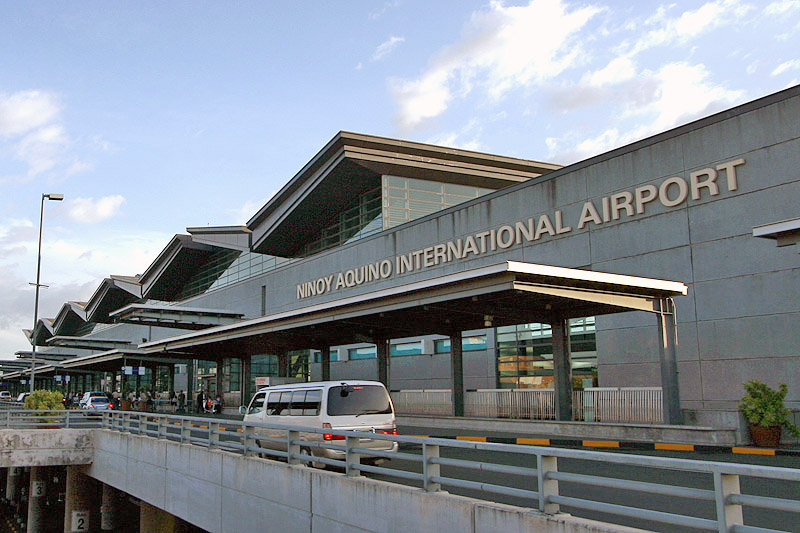 Sadly, Philippine airports gained a bad reputation not only from locals but also from foreign nationalities specifically the NAIA(Ninoy Aquino International Airport) which ranked 4th on the World’s Worst Airport in 2014 according to The Guide to Sleeping in Airports, a travel website. Airports were judged based on these different categories, comfort, convenience, cleanliness and customer service. Failing from these categories may give a bad impression that can affect Philippine tourism.

Whoa! 4th place?! Out of 196 countries in the world. Seriously?  It’s really embarassing! Travellers are paying  for the “Travel Tax” and “Terminal Fee” for maintenance of the airport unlike other countries and we still end up on the loser side? hmmmmm….

Remember, tourist go to our country to have fun and to relax. We don’t want to ruin their good memories about our country and think that “It’s more STRESS in the Philippines.” because of our airport issues.

Well, I asked a few people who already travelled to places and have been to different airports in the country as well as internationally and asked them “What do they think about our airports here in the Philippines and what improvements should be made if there’s any?”. Here’s what they have to say:

“Despite of all the efforts of DOT showcasing the beauty of our country, if our facilities, primarily airports are not conducive or say the least pleasant to the eyes of local and international tourists, it will always hard to sell a More Fun in the Philippines idea.”- Alex De Vera Dizon/Travel Blogger.

“Way to far from other neighbouring countries in terms of accessibility, services, and ambiance. wish theres a spacious train from the city to the airport just like in hk”- Rodel Flordeliz/Blogger/TV host/DJ

“Manila airport -overcrowding, lengthy queues, limited seating, etc. Improvement-we dont need to be at par with Singapore or even Bangkok when it comes to their airport but at least, we should try to be inspired by what their airports have become. Bangkok is a third world country but their airport doesn’t look like it! Sobrang layo sa Pinas.”- Shayne Zalameda/Blogger

“The airport Administrator in different provinces should put aside a budget to make sure all x-ray machines are working. I could not helped but notice that the airport security resorts to manual checking because the machines are not working.”- Cha Sy/Blogger

“Well for one, all four terminals should not be so far apart. There should also be city buses that go all the way into the airport!”- Kevin Tsai/Travel Consultant.

“The area for improvement that airports should work on are enough seats at the waiting areas. It takes people hours to wait for their flight and it’s a shame seeing passengers sit at the floor or random pipings while waiting for their flight and I think sitting comfortably while waiting may seem like a little thing but this can have a huge impact on your mood at the start of your travel.”– Kristel Silang, Blogger

“As a Filipino, I consider Ninoy Aquino International Airport as one of the leading worst international airports in the world. Let me put it this way. The president of the Philippines is PINOY, who is the son of NINOY AQUINO. The first thing that came into my mind when he won the presidency is that he will refurbish the airport named after his so called “hero” father, which i’m really not sure of if he really is. Moving on, so many years have passed pero the airport is still the same. Hindi ba nahihiya ang mga Aquino na ang international airport ng pilipinas, na napakarumi/mabaho/unorganized/bulok ay dala dala ang pangalan ng tatay nila? Or maybe yan talaga ang mga aquino kaya until now kahit presidente na ang anak ni ninoy who has the chance to at least renovate it, di tlaga naisipang gawin. Just wondering why until now.”- Anonymous frequent traveller.

Well, just like them I have the same concerns, but I have more important issues that I would like to raise. First is  “Security and Safety”. 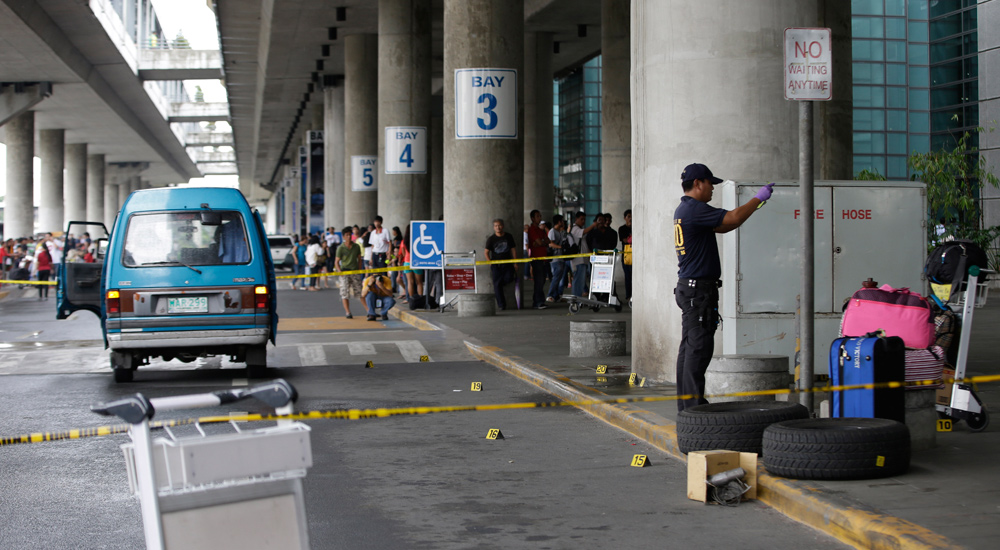 Remember the shooting incident last dec. 20, 2013 at NAIA terminal 3, where a municipal mayor from Zamboanga del Sur and three others were shot dead?  It was then admitted by Jose Angel Honrado, general manager of the Manila International Airport Authority (MIAA)that there is no closed-circuit television (CCTV) camera in the crime scene, to include all 4 passenger terminals at the airport.  Whoa! this is such a revelation. NAIA is called an “international” airport but cannot even avail  CCTV cameras to at least monitor what is happening within the vicinity. And just in case something bad happens like the incident above, CCTV cameras are of big help to identify or at least see what really happened making the investigation much easier. I hope that the government should pay attention and install these CCTV cameras all over the place for the passengers and even employee’s security and safety. Haven’t been in the airport lately and I hope that the next time that I will be there I would see CCTV Cameras everywhere. 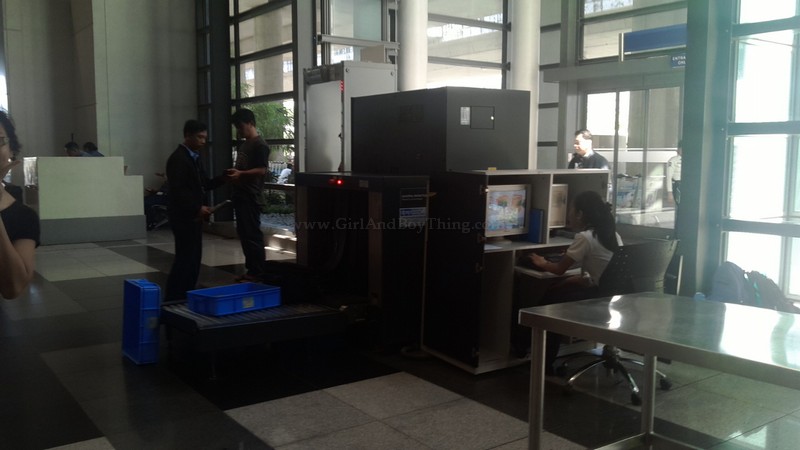 Another issue about security that I want to brought up was about two years ago when my sister and I got home from Kuala Lumpur, Malaysia. Our plane landed at Clark International Airport. Of course as SOP, all passengers have to go to through security check where all baggages needs to pass through a x-ray baggage scanner. I am very observant to the employees if they are really doing their job. It was then my turn, the checker was talking to my sister and failed to inspect what’s inside my bag through the x-ray baggage scanner. Tsk. Tsk. Tsk. What if that happen again? Let’s say a terrorist or drug pusher carrying a bomb, firearms or drugs. Those people could have gotten away or could have done something bad within the vicinity of the airport. With this kind of negligence, the safety of all the people in the airport is already at risk. I hope that these airport personnel will do their job seriously. 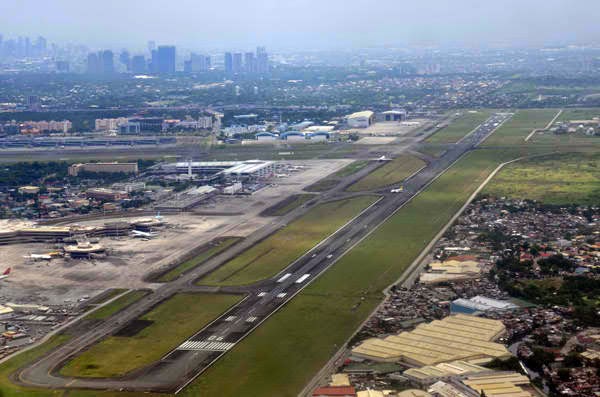 Here’s another important issue that I would like to raise. Philippine airports expansion. I believe that in order for us to cater more tourist, the government should invest on rehabilitating existing airports, by creating additional runways, and by building bigger ones for the benefit of all.

Speaking of airport runways, I’ve been reading news lately about MIAA and the Civil Aviation Authority of the Philippines’ plan of building another terminal which they believe is the solution to the airport congestion and it is said to be much cheaper than building a new runway. In my personal opinion, building a new terminal will not solve airport congestion because buildng one will be just like a bandaid. The real problem will still not be addressed, which is “lack of runways”. I think it is much better if they will think long term, building more runways even if it is much expensive because this will ease airport traffic in the long run.

Let’s take for example the Commonwealth Ave. in Quezon City which has 14 lanes all on all both sides. I rarely see that there’s traffic happening there unless there’s an accident, event, or construction going on. Imagine if our airports has plenty of lanes(runways) as well, it’s a no-brainer…more planes can land and take off. Therefore… LESS CONGESTION and LESS AIRPORT TRAFFIC.

It is a win-win situation for the government, airline companies and the passengers if this happens. More flights, more tourist, more revenue.

Another thing, the goverment should also target big improvement to each airport that we have in order provide comfort and convenience to every passenger by providing comfortable chairs, larger waiting area, more parking space, free shuttle service to and from each terminal,  cleanliness(specially the comfort rooms) and proper sanitation and lastly good customer service. After all, Filipinos are well known for being hospitable, So, service with a smile is really a must. 🙂

Some of these changes may take long to accomplish but if the government will start now in cooperation with the airline companies, little by little, we will get there. This will surely attract more tourist and it will be indeed “More Fun In The Philippines!”