It has been a trend these past few years to remake great cartoons / movies during the 80s. From Transformers, G.I. Joe to Smurfs, more and more 80s show are “resurrected” now. One of the latest additions to the line is Thundercats (loved it when I was a kid, around 5 or 6 years old that time). It is aired in Cartoon Network. 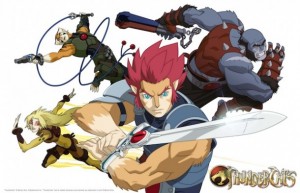 I watched the first seven episodes already and I must say it’s great. They started the first episode differently compared to the old series.

Here are a few differences that I noticed compared to the older version. 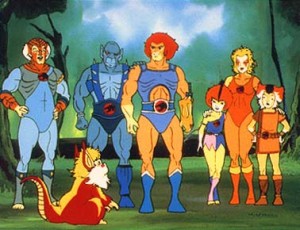 It’s just better now, ‘coz I get to enjoy Thundercats again in BETTER resolution due to HD, plus I get to share the excitement with my son, Rendell.

Well, I’m thinking of other titles that I enjoyed when I was young, that maybe, just maybe, producers today can remake, like:

There was a part in Episode 7 of the new Thundercats wherein Mako (TigerSharks) and Mon*Star (SilverHawks) where put into the scene. 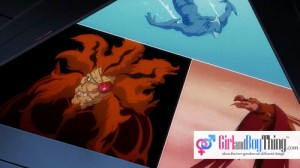 Does this mean that they are also planning to make a rehash of the two series? And they are just testing the viewers, so to speak to generate buzz and later on gauge if they are to revive the old titles or not?

Well, if that’s the case, they have a viewer in me (not their typical kid nowadays though, hehehe)

Anyway, it’s just funny that me and my son had the chance to watch a few episodes of the old Thundercats series early this year. And I told him that the cartoons before are better than the cartoons now. And gladly, I think I’m proving my point, with Cartoon Network now airing a rehash of Thundercats. Great. Great.

I just hope that it will live up to the expectations of the older “kids” in the likes of me. 🙂