Every woman or most women if not all wants someone who will love her, take care of her,pursue her and keep her. Someone who will never leave her no matter what. There’s one story of a couple who is a living testimony of “True love” even at second chance.

And here’s their story…

Kim and Krickitt met in September 1992 when Kim, an assistant athletic director and head baseball coach in New Mexico, called a California sports wear company to buy team jackets. Krickitt Pappas is the one who took his orders. In April they met in person for the first time.Two months later Kim proposed, and got married on September 18, 1993.

Two months after their marriage they’ve met an accident when their Ford Escort car was hit from behind by a fast-moving truck causing Kim to suffer contusions to his heart and lungs, a concussion,a broken rib and a broken hand while Krickitt suffered from a fractured skull. This injury causes Krickitt to have short-term memory loss. Krickett remembers everything except eighteen months of her life prior to the accident and four months after all the time Krickitt had known, dated and that includes the part that she was married to Kim and their love story. Knowing this, Kim was devastated that her wife wasn’t able to recognize him at all. But still he remained patient and stayed at Krickitt’s side no matter what.

Their therapist advised that they should start over, the couple started dating again to reestablish the emotional bonds that was lost by Krickitt after the accident. Krickitt as if a new person with new sets of traits and characteristics, Kim waited patiently and pursued his wife all over again… making Krickitt fall in love with him for the second time around…and he succeded to win his wife’s heart back again.

On May 25, 1996, they re-married again, exchanging new vows “Only one thing can surpass forever the painful events we have felt. That is the love I have for you,” Kim promised. 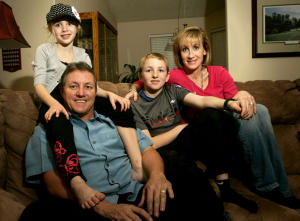 The Carpenters continue to tell their story on magazines, interviews and talk shows.

They’ have  also written a  book about their life,entitled “The Vow”. 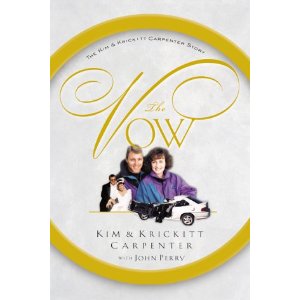 And a movie based on their story “The Vow” starring Rachel McAdams and Channing Tatum . 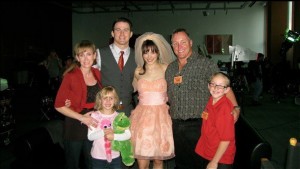 Note: I would like to acknowledge amazon.com, channingtatumunwrapped.com,expressway.typepad.com, forum.lowyat.net, vowmovie2012.com for the pictures I used in this post.