Have you heard about Tik Tok? Designed for the new generation of creators, Tik Tok allows users to quickly and easily create unique 15-second short videos with one-of-a kind effects to share with friends and the world. Whether it’s dance, comedy, free-style or performance, creators are encouraged to let their imagination run wild and set their expressions free.

And since it is now available here in the Philippines, this trendy short-video platform Tik Tok has launched a new feature that enables its Filipino users to have a duet not only with their family, friends, and followers but also with their favorite stars. The “duet” feature allows users to create split-screen videos by responding to another’s creation—or their own video.

The “#duetwithme” challenge was introduced in the Philippines in the last week of April 2018. Since its launch, over 35,000 Filipino users have used the feature, recording over 9 million views.

Filipino Tik Tok influencers enjoyed the app’s Duet feature and posted their creations on their other social media platforms.Top Filipino online influencers Pamela Swing and Baninay Bautista posted entertaining 15-second videos that their fans can dance or act along with in the “#duetwithme” challenge. Here are the links to their videos as posted on their Instagram account: 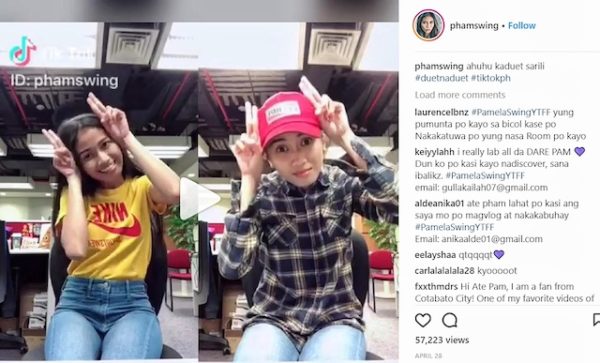 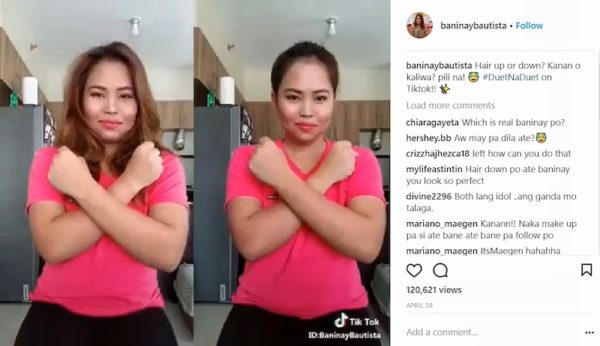 Since it was launched in 2016, Tik Tok has become a phenomenon across Asia. It became an instant hit in various markets including Korea, Japan, and Southeast Asia.

Aside from the Duet challenge, Tik Tok has trended other features like the GAGA Dance challenge, hair coloring filter, and adorable 3D stickers and props that allow users to express themselves in the most creative and interactive ways possible.